Got a temperamental writer on your holiday list and don't know what to buy him/her? Here are some of my favorite tools of the trade. 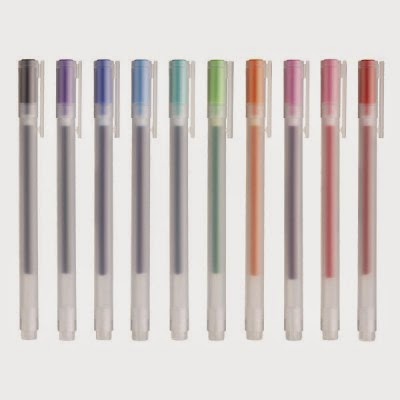 1. Great Pens.  My husband picked up a few of these awesome MUJI Gel-Ink Pens ($1.50 each) for me during a layover at JFK. The ink doesn't skip, bleed, or leak and writes like buttah. He brought back three different points, but the .7mm point was my favorite--especially for the Sunday New York Times crossword puzzle. The pens quickly disappeared as soon as my daughters discovered them which had me reaching for my second favorite pens, the Uni-Ball 207 Impact Gel Pen, Bold Point. 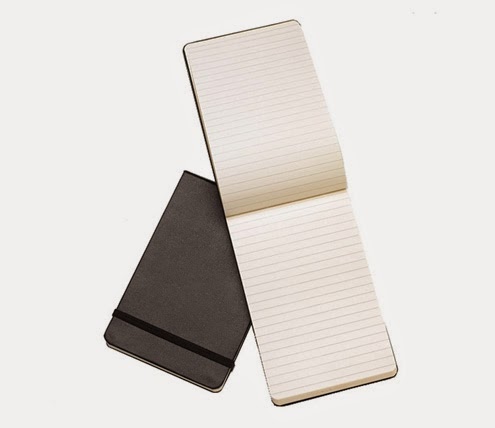 2. Travel Notebook.  Although I do most of my writing on my computer, I try to keep a small notebook handy to jot down ideas. I love Moleskin journals--especially for travel. They are so beautifully made, it's a pleasure to write in them. This Moleskin Classic Reporter Notebook ($12.95) appeals to me because it opens flat and has a slim profile.

3. Writing Software. I'm not a shill for the company, but I would be if they asked. Scrivener 2 for Mac OSX or Windows ($38-$45) is the best writing tool I've ever purchased. It's a very deep program and and requires a little time investment in watching some free online tutorials before you get started, but the hours this program has saved me is totally worth it. Whether you're a novelist, screenwriter, non-fiction writer, or student, Scrivener keeps your ideas, notes, and sources organized. My favorite feature: moving scenes is as easy as a quick drag-and-drop instead of the cumbersome cut and paste routine found in traditional word processing programs. 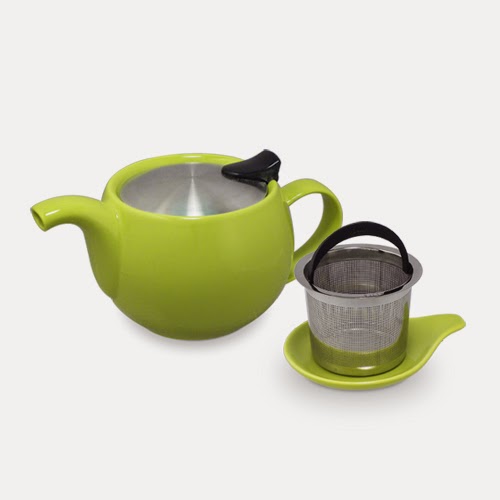 4. A Hot Beverage. It's impossible to start the writing day without some sort of hot beverage to get the gears turning. I like to fill my little FORLIFE: Q Teapot with Jasmine Silver Needle or Earl Grey Lavender tea. I was never a coffee drinker until a trip to Europe, when a friend introduced me to the world of espresso and now I have an unreasonable attachment to my Nespresso Citiz Machine ($249) and their Roma coffee. 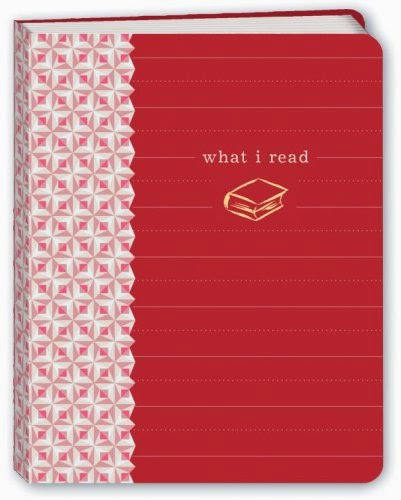 5. Reading Journal.  I received this adorable little What I Read Reading Journal ($8) for Christmas last year and I just love it. Think of it as Goodreads for Luddites. It helps me keep track of what I read and my impressions of each book--a crucial aspect of the writing process. 6. Membership to a Professional Writers' Association.  There are writers guilds and associations on both a state and national level that exist solely to promote the interests of authors. Some offer of group medical insurance, legal and contract advice, opportunities for  education, promotion and networking. Memberships vary from $25-100. No working writer should be without a guild membership! 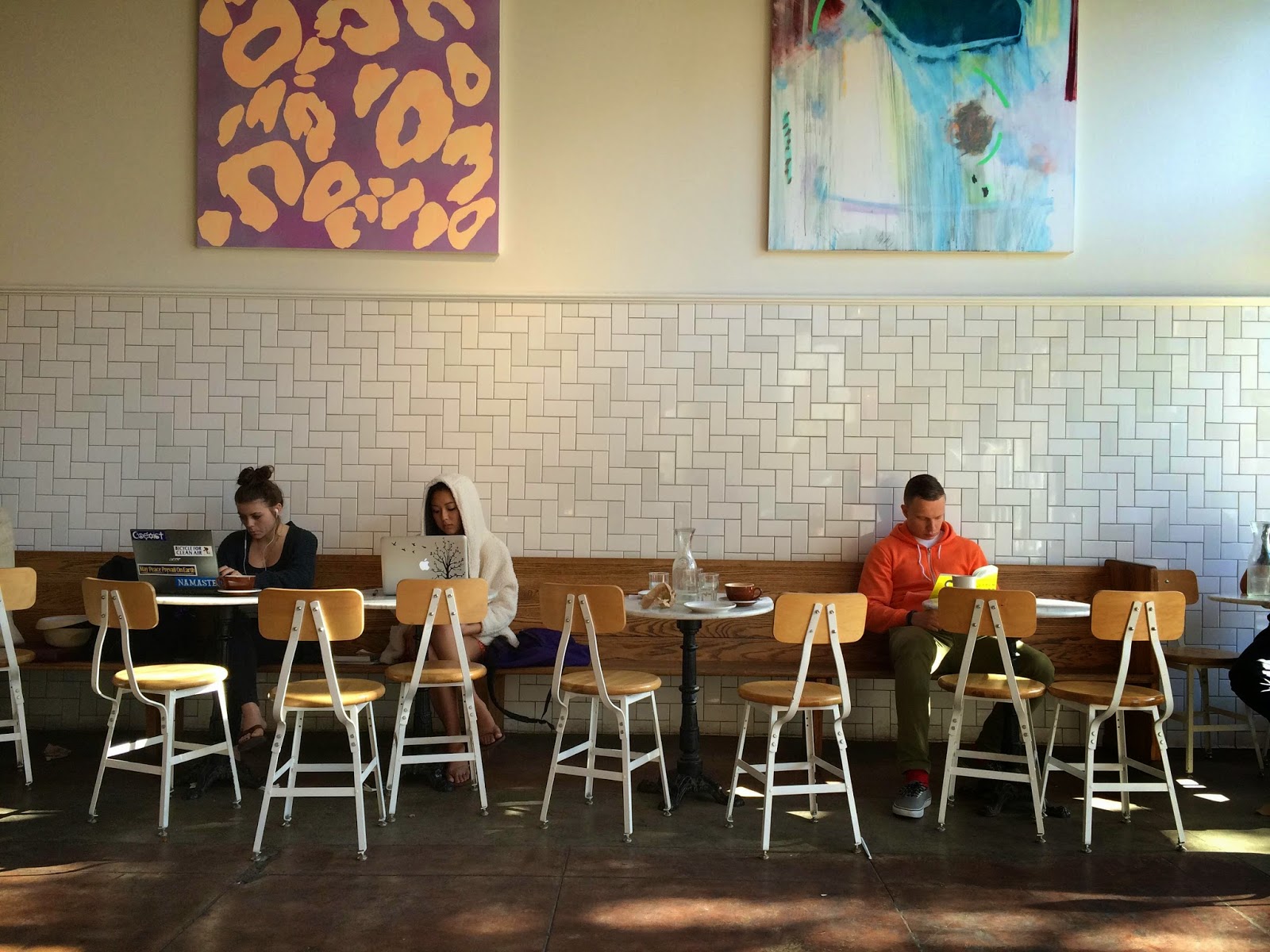 7. Gift Card to a Favorite Café. I usually work at home. I resisted working at a café for a long time because I'm easily distracted by noise and the thought of someone reading over my shoulder. A week of cabin fever several months ago, however, forced me out of the house. I couldn't believe how much work I got done. Two things I had failed to realize about the beauty of working in cafés: 1) Your butt stays in the chair because you're not about to go wandering off without your computer, and 2) If you don't go out of your way to establish WiFi access, you can't get distracted by the Internet. Now I like working in cafés, especially when I have a deadline looming. And it sure is nice to have a gift card tucked in my wallet, waiting for me. 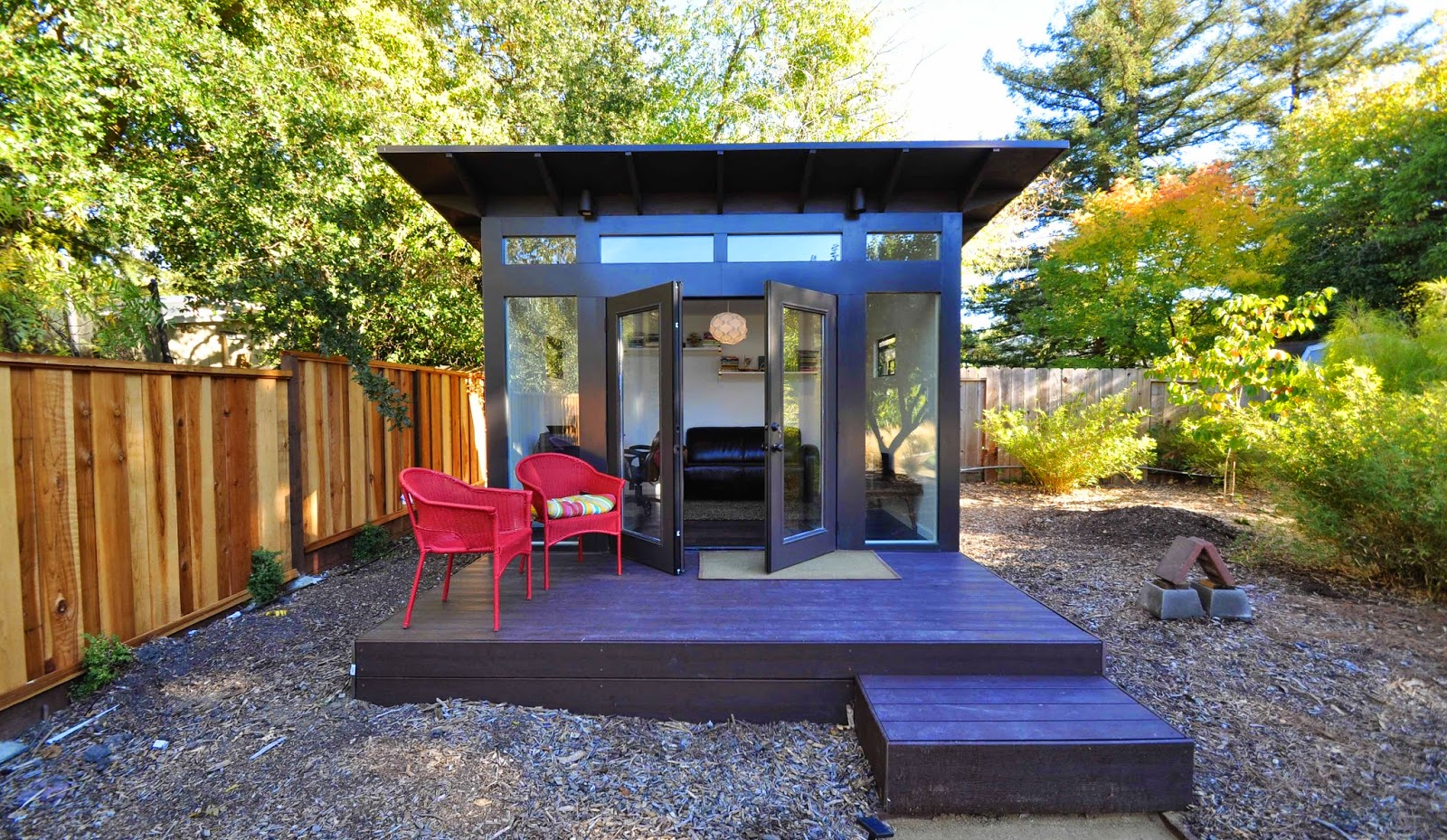 8. A Private Office. This one is for you big spenders. The ultimate luxury for a writer is a private retreat and I've been eyeballing this customizable, pre-fab beauty from Studio Shed for years. While I won't be able to afford it anytime soon, maybe some lucky reader can get one and tell me how wonderful it is. Just looking at it makes me feel peaceful and productive.

9. A Book on Writing. Nearly every writer loves reading about the process--it makes us feel we're accomplishing something, even when we're not. What are my favorite writing books? You'll have to check my next blog post, when I list my 9 Favorite Books for Writers.

What are your favorite tools of the trade? Please share!
Posted by Stephanie Doyon at 11:53 AM No comments:

Unless You're an Apple Pie, Not Everyone Is Going to Love You


Who is your audience? Do you write to please everyone?

Genre writers have a pretty good handle on who their readers are, but those of us who write in the more nebulous categories of general or literary fiction don't always have a good grasp of our audience. Since our work transcends literary boundaries we sometimes make the mistake of thinking it transcends demographic boundaries, too. We want our book to be the one that everyone is reading in the subway car, on the beach, in the airport. We want our book to be the one that cuts across all audiences, that appeals to grandmas, hipsters, and middle-aged men alike. We secretly hope that our book will be the one that will unite the world and usher in a period of world peace--or at the very least, be at the top of the bestseller list for an obscene length of time.

I'm a firm believer in dreaming big, but there's no point in shooting for the unattainable. You can't be everything to everyone. There's almost nothing you can create that will hold universal appeal. Take the demographic groups I cited above--grandmas, hipsters, and middle-aged men--what common interests could these three diverse groups possibly share?


Stereotypes aside, the point I'm trying to make is that unless you're a homemade apple pie, odds are you're not going to be able to make everyone love you or your work. And that's okay.

In a recent interview with America's Test Kitchen, celebrity chef Mario Batali discussed his process for designing a restaurant. His advice to budding restauranteurs? Articulate your concept in two or three sentences so that potential customers can decide if they want to be part of that experience or not.

Likewise, the very successful big box store, Target, designs their stores to appeal to college-educated, female consumers aged 30-50, many with children still living at home. What do Mario Batali and Target have in common? They are not trying to be everything to everybody.

This is not to say that you should pick a demographic and then write toward that particular group. As writers, our audience tends to pick us--not the other way around. When I was working on a publicity strategy for THE GREATEST MAN IN CEDAR HOLE, I imagined my audience would be made up of middle-aged ladies who were avid readers. When I attended a few book groups, however, the older ladies had a tepid response compared to the younger members of the group. Now, several years removed from the release of that book I have a much clearer (and surprising) idea of who made up the core audience--95% of my fan mail, positive reviews, and mentions in favorite book lists has come from men, ages 25-35. Not that I Google my book or anything...

The take away here is obvious, but worth remembering: You should always write for yourself first, but when your work reaches the wider world don't feel slighted if it doesn't suit some people's tastes. Having a narrow audience can be a good thing. In the words of author Paul Coehlo, "If you try to please everyone, you will be respected by no one."

Posted by Stephanie Doyon at 11:22 AM No comments:

Company and a Deadline 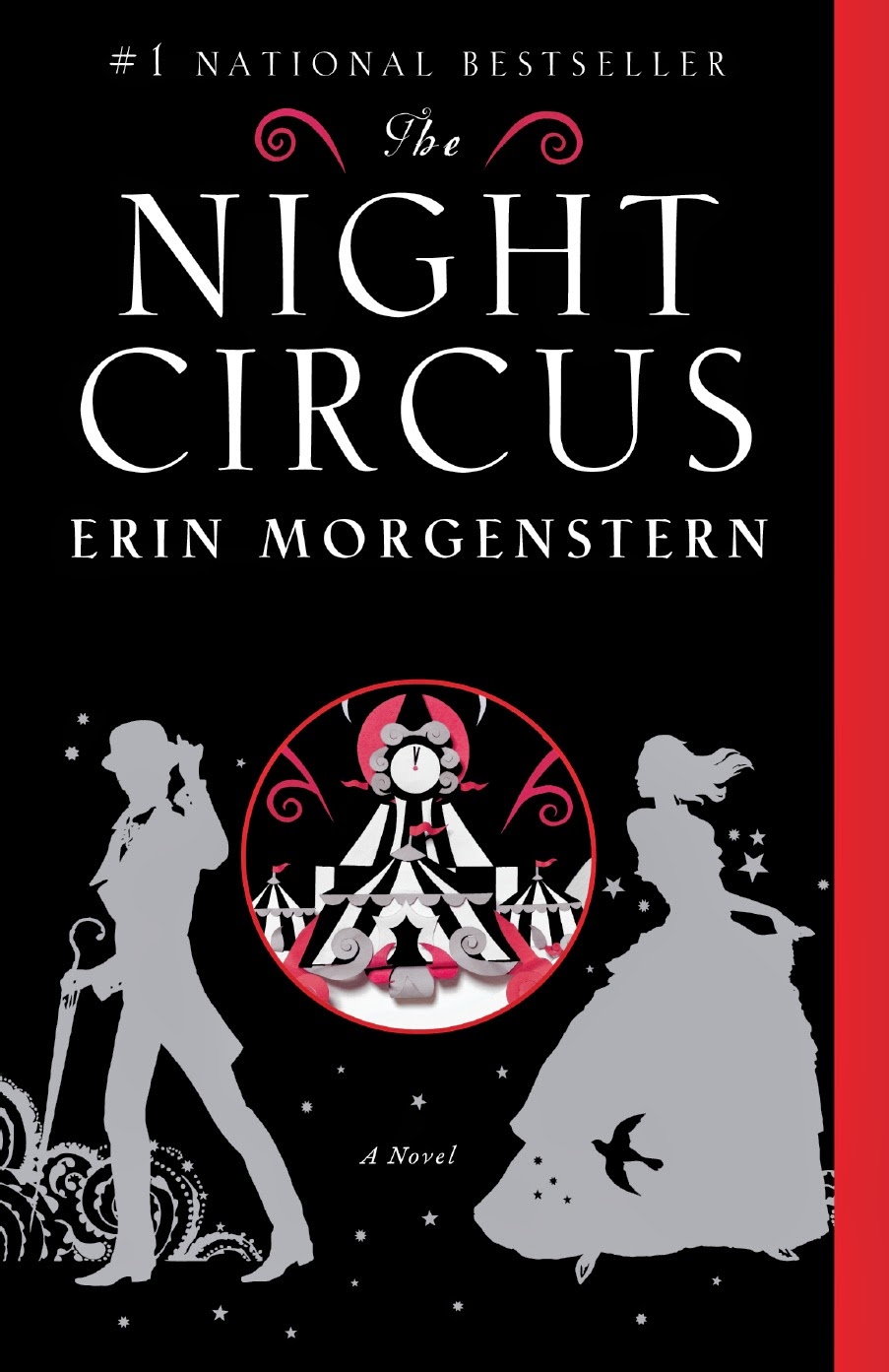 The book club I belong to just finished reading NIGHT CIRCUS by Erin Morgenstern. It's a beautifully written novel about a circus that appears out of nowhere in the middle of the night. The visual and fantasy elements are just breathtaking. I don't want to give anything away, so let's just say that this is Morgenstern's first novel and it is so highly accomplished for a young writer that I can't wait to see what she'll do next.

During the course of the book club's discussion, one of the members mentioned that NIGHT CIRCUS had been a NaNoWriMo project. For those of you who are unfamiliar with NaNoWriMo, it stands for National Novel Writing Month--which just so happens to be November. Writers who are up for the challenge pledge to write 50,000 words during the course of the month. For accountability and commiseration, you can register your project at the NaNoWriMo website and discuss your work on the message boards.

When it was revealed that NIGHT CIRCUS was a NaNoWriMo project, the reaction among the book club members was interesting. "She wrote all this in a month?" one woman said, waving the thick novel in the air. The members were astounded by such a feat but fully believed it was possible. The two writers in the group (I, being one of them) shook our heads. "No, she didn't," we assured them. "You can't write something like that in a month."

But how could I be so sure? Just because I couldn't pull it off doesn't mean someone else wasn't capable of it. I mean, anything is possible, right? Literary history is peppered with stories of writers hitting a vein just right and having the story pour out in one quick burst. Still, it was highly unlikely. If the book club believed it was possible to complete a novel in a month, then I started thinking that many NaNoWriMo writers must believe the same thing. It begs the question, "Just how much did Erin Morgenstern manage to write in a month?

Apparently, I'm not the only reader who's wondered the same thing, because Morgenstern's website has a FAQ page that addresses the NaNoWriMo question. Basically, she participated in the NaNoWriMo challenge over the course of three Novembers and then took the writing she produced and spent the next two years discovering the story. During that time, the manuscript went through countless changes. In fact, Morgenstern says that she wrote over 100,000 words that don't even contain the main character of the finished novel.


Morgenstern writes on her website: "I think NaNoWriMo is a brilliant idea and gives you two magical things: company and a deadline."

Well put. All this, fellow writers, is a roundabout way of saying that while the NaNoWriMo challenge is a valuable exercise, it's important to keep it in a proper perspective. If you are expecting to produce a finished manuscript by the end of the month, you will most likely be disappointed. Doing so would verge on the superhuman. The one goal to keep in mind is to produce a lot of words and to push forward without listening to the inner perfectionist that loves to keep you paralyzed with self-doubt. If you work hard, at the end of the month you will end up a wonderful jumping off point. And that's when the real work begins. Who knows? Maybe you'll write something as wonderful as NIGHT CIRCUS.

Are you participating in NaNoWriMo? Have you had success with it? What is the value of it for you?